Anemia is a medical condition where patients face mild to severe loss of red blood cells or hemoglobin that bind oxygen for breathing. An anemic person feels fatigue because he doesn’t get enough oxygen needed to stay active.

Anemia is the most common blood condition affecting a considerable part of the world population and it affects people of all ages.

Anemia caused by iron-deficiency is treatable with dietary changes and health supplements. And the condition developed during pregnancy is considered normal. But some types of anemia persist throughout life and create problems.

Medical science has detected 400 types of anemia and these conditions are divided into three groups that are as follows:

Slow production of red blood cells or faulty cells often results in anemic conditions. It could be due to deficiency of minerals and vitamins. Following are the conditions associated with the anemia caused by low or faulty red blood cells:

Sickle cell anemia: It is an inherited condition originating from a genetic defect in which the blood cells become crescent shaped and break down rapidly causing anemic condition. Also, the crescent shaped cells cause pain when stuck in tiny blood vessels.

Iron deficiency anemia: Red blood cells have hemoglobin made in the bone marrow but you need an iron rich diet to get enough iron for making hemoglobin. Lack of iron in your body would result in anemic condition.

Vitamin deficiency anemia: Vitamin B12 and folate are vital for making red blood cells that carry hemoglobin to the body parts.

Problem with bone marrow and stem cells: Bone marrow converts stem cells into red blood cells but if there is a problem with stem cells like too few or defective cells then it could lead to anemic conditions.

If the blood cells become fragile they start to rupture under the stressful conditions of the circulatory system. This type of anemia is called hemolytic anemia. 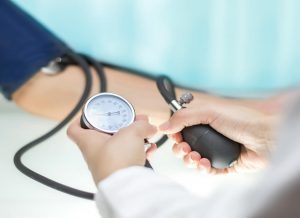