After third wave life threat of COVID has been reduced, because of its resultant reduced death rate of the then weak variant. However, it may not be the same situation with every variant and with every wave of COVID. Though only some of the variants are experienced by us and India, there are several variants of COVID as it is continuously mutating by changing its form to harm the human body to sustain itself as a parasite.

Omicron COVID-19 has yet another sub-variant called XE variant. Technically, it is the recombination of the two strains of Omicron called BA.1 and BA.2. BA.2 is more dangerous than BA.1 and it is 10% more spreadable tentatively, according to the World Health Organization.

There might be numerous people already get affected by the new variant, XE, however, the first detection of the case with XE variant is discovered in Mumbai on April 6th. It is not too late after the first detection of the same variant case in the world, on 19th January in the UK. And many other cases of XE variant are identified in China Thailand, Denmark, Finland and Belgium.

Later, several cases have been identified in Delhi, Noida, Uttar Pradesh and some of the school going children also got affected, alarming the parents and school managements.

HOW TRANSMISSIBLE XE IS?

XE is equally and highly transmissible like other previous variants of COVID-19, according to the forecast of the WHO. Eventually, the World Health Organization alarms every country to continue protecting their people from the new variants by consistent practices of mask, sanitizing and social distance.

The basic and common symptoms of the XE variants are fever, scratchy throat, cold, sore throat, gastrointestinal trouble, skin aggravations, respiratory pain and cough. When the symptoms get severe, there may be severe heart problems, nerve damage and palpitations.

However these symptoms are varied for people, because of the two factors.

There are only two ways to protect a human creature on the earth, maintaining the COVID safety protocols to prevent the infection and boosting immunity with the vaccines to decrease possibility of serious illness and also eventually the rate of death, if affected. Though most of the people in India have completed two doses apart from building herd immunity for each variant, third dose is mandatory in the form of boosters.

PROTECTION AS THUMB RULE FOR EVERY WAVE

The best and ever life saving solution is to ensure to follow the protocols of using mask after stepping out of the house, using sanitizer, after touching and using any object outside and continue to maintain the distance with the fellow beings outside. 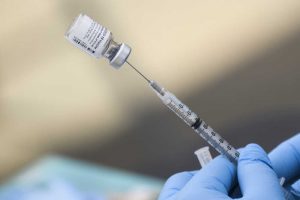 COVID-19 What do we know about the new B.1.1.529 coronavirus variant and should we be worried about omicron?