People suffering from epilepsy, whose fits arises from the temporal lobe of the brain area, also have high chance that their seizures that cannot be prohibited with anti-seizure medication alone. Surgeries in such cases are a well-known procedure and have also the good results.

The patients are evaluated with a number of tests which will include a brain scan, memory, and cognitive testing, and EEG (electroencephalogram) to record brain wave activity. If in the diagnostic test result there is a temporal lobe structure abnormality, it is responsible for seizure. By performing a temporal lobectomy offers patients a 70-90 percent chance of curing their epilepsy.

How is the procedure of the temporal lobectomy done?

It’s a surgical procedure designed to remove seizures causing brain tissues. The temporal lobes are the brain segments are located on either side of the head just above the ear. During surgery, a small portion which is responsible for causing the seizures is removed.

Complications are rare; however, all the surgical procedure carries some risk. The standard risk includes:

The surgery has around 70 to 90 percent success rate for seizure control. Hospitalization of the patients is nearly for 4 to 7 days with post surgical days are usually spent in the intensive care unit ICU.

Regular follow up visits with the doctor and anti-seizure medication can continue. Once seizure control is been established then the medications can be reduced partially or completely. Within two days the patients are returned to a regular diet. After six weeks of the surgery, the patients can return to regular activities.

The seizures originating in the temporal lobe of the brain may be preceded by warning signals such as:

During the seizure, the person may experience motor disturbance, sensory symptoms or autonomic symptoms in the body. 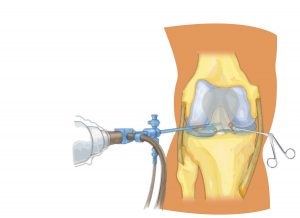